It’s finally here! We’ve been hearing bits and pieces of information about the Marrakech International Film Festival for month now and today the printed schedule was finally released (the festival starts on 4 December 2015).

So after sipping café au lait, nibbling on macaroons and gossiping about boyfriends at Amandine in Gueliz, my festival pal and I have determined our must-see lists!

You see the thing I love about the Marrakech International Film Festival is the carefully curated selection of world cinema films, works that tend not to appear at other (dare I say more glamourous) film festivals. Yes, the Marrakech festival seems to have a certain grit about it that I just love. And with a free pass the general public can attend the tributes, film screenings and be in the presence of the cast and crew. At no cost!

So this year, I’m off to see Rebellious Girl, the tale of a young unemployed Moroccan girl who heads to Belgium and gains seasonal employment and learns the hard way about the unfair working conditions often afforded.

Having a desire to visit Iran, my interest in watching Paradise (Saturday at 3 p.m.) about the daily struggle and life of a young teacher dealing with the administrations is peaked!

Though the synopsis sounds sad, Key House Mirror, the tale of an aging couple, one more dependent on care while the other longs for excitement to return to here life, sounds like a great watch! (Thursday at 2:30 p.m.)

Having recently celebrated the 40th anniversary of the Green March when 350,000 Moroccans marched to reclaim the Sahara, La Marche Verte (10 p.m. on Thursday) tells the tales of those involved.

Black (10:30 p.m. on Friday) tells the tale of two young lovers from rival gangs who must make an important choice. As a fan of Romeo and Juliet and West Side Story, this is right up my street!

Reading through the line-up brought back memories of FILM 101 in university and on Sunday evening I shall be at the Congress Centre where Atom Egoyan will present the tribute to Canadian cinema.  The Sadness Music in the World (Sunday at 11 a.m. at the Congress Centre), The Sweet Hereafter (Saturday at 4 p.m. at the Colisée) and Away from Her (Sunday at 2 p.m.) The F Word (Thursday at 10:30 a.m. at the Colisée) and even Un Dimanche à Kigali (Friday at 10:30 a.m.) are all on my list of films I’d like to (re)watch.

Earlier this week we were shopping at Kaftan Queen for some great threads to wear to screenings. For fabulous fashion with a modern Moroccan touch, this is the go-to shop. (Be sure to meet the owner-designer Sara, she’s so sweet!)

Le 68 recently opened on Rue de la Liberté, not far from Cinema Colisée, and has an amazing wine list and even more amazing cheese and charcuterie board. Expect to find me here between films, chatting with friends about the films we’ve seen. 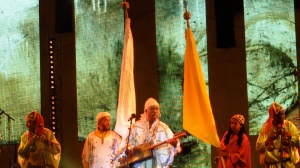